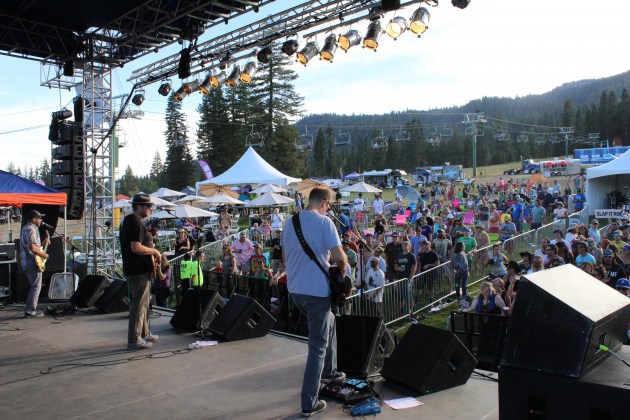 What a performance! moe. took the stage to headline the 2017 Huckleberry Jam Friday night to a standing-ovation crowd. The band played their classics and performed a two-part set. In an emotional performance, the band recently revealed that this would be their second to last performance, as bassist Rob Derhak was recently diagnosed with oropharyngeal cancer.

Fans drove from across America to witness this performance – and the vibes were all positive as the crowd enjoyed rocking out to this legendary band. Check out pictures of moe.’s second-to-last performance below!