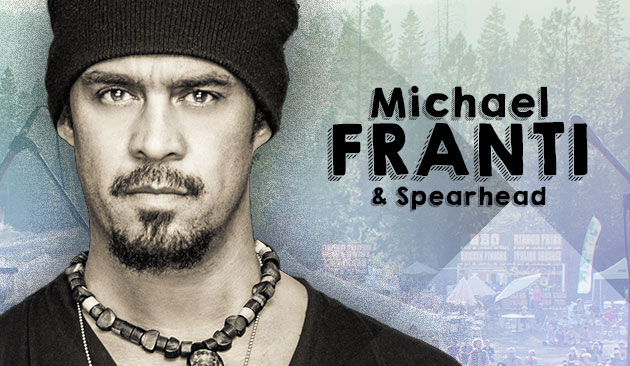 Musician, filmmaker, humanitarian, Michael Franti, is recognized as a pioneering force using music as a vehicle for positive change as well as his unforgettable, high energy shows with his band, Spearhead. With the multi-platinum success of his song “Say Hey (I Love You)” and the chart breaking 2010 release of The Sound Of Sunshine, Franti and his band guarantee a show that will be thought provoking as well as energetic.

“Music is sunshine,” says Franti, one of the most positive and conscious artists in music today. “Music gives us new energy and a stronger sense of purpose.”

Franti has a brand new single, “Once A Day” the energetic new song from upcoming debut album on Fantasy Records. “Once A Day” was produced by Supa Dups (Eminem, Damian Marley, Bruno Mars) and features special guest Sonna Rele. With lyrics such as “I heard the purpose of life is to live a life full of purpose” and “So just believe in yourself , don’t let nobody bein’ negative, tell you what to do,” this new song has the same feel-good, inspiring vibe as “Say Hey (I Love You),” his 2x platinum hit single.

Recently, Rolling Stone premiered a captivating video of Franti’s song, “Same As It Ever Was,” which he wrote in response to the struggle for modern day civil rights.