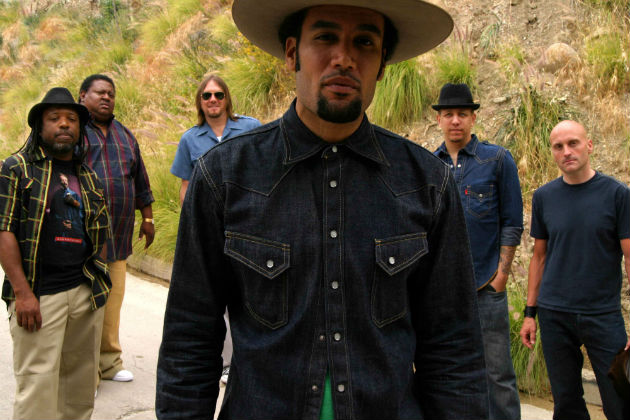 Ben Harper & The Innocent Criminals take the stage at 8:00pm

Ben Harper & The Innocent Criminals are back – returning to the stage and the studio in 2015 after a seven-year hiatus. Tickets for their four-night stint at the legendary Fillmore Auditorium in San Francisco sold out in mere minutes. Fans were equally ecstatic when the band announced plans for a reunion tour of North America and Europe – a mixture of intimate shows and headlining slots at Bonnaroo and other music festivals. The anticipation is understandable as the last show they played together was a double encore set in Brazil in September 2008.

“The Innocent Criminals are a family. We’ve remained very close over the years and it seemed like we couldn’t wait another minute,” explains Harper. “We’ve all come full circle in our own ways and it is time we pick up where we left off. The new music we’re writing honors the old IC sound, but is light ages ahead of where we were back then.”

Touring the globe non-stop for 15 years, Ben Harper & The Innocent Criminals established themselves as one of the world’s most versatile and hard-working bands around. Their explosive performances took them from playing gigs at the tiny Mint nightclub in Los Angeles to appearances at the world’s most prestigious concert halls, theaters and festivals, including Glastonbury, Lollapalooza, Byron Bay Bluesfest, Fuji Rock, Roskilde Festival and the inaugural editions of Coachella and Bonnaroo.

Harper’s acclaimed studio output – including such albums as Fight For Your Mind, The Will to Live, Burn to Shine, Diamonds on the Inside and the GRAMMY® nominated Lifeline – helped drive their success. The Innocent Criminals also backed Harper and The Blind Boys of Alabama on the two-time GRAMMY® winning collaborative album There Will Be A Light. In 2014, Ben won a GRAMMY® for Best Blues album for his collaboration with Charlie Musselwhite, Get Up!