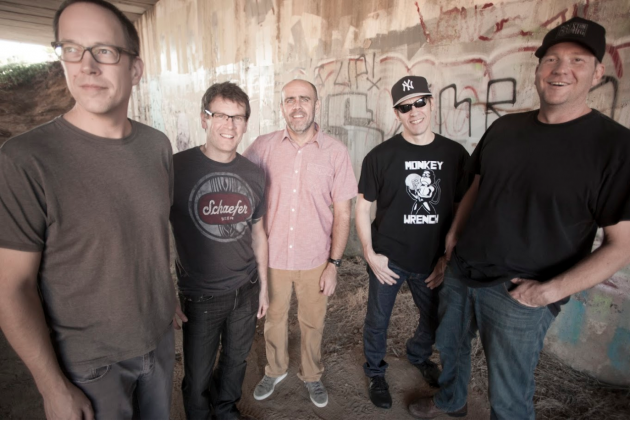 moe. is definitely a band to put on your “must see” list at Huckleberry Jam this year. This is a band that has been together for over 20 years, and they have gained a loyal following that they affectionately call their “moe.rons.”

moe. formed at the university at Buffalo in 1989 when Chuck garvey, Rob Derhak, and Ray Schwartz played a Halloween Show per their friends request. Sadly, Schwartz left 3 years later to go to graduate school. Nearly 10 years later later they would have a steady band, joined by Al Schnier and Vinnie Amico, and Jim Loughlin.

They graduated from college halloween parties to performing at well-known festivals and opening for established bands. moe. has opened for The Who, performed Woodstock 99’, Radio City Music Hall for new years eve in 2006 and 2007. They performed at Lollapalooza in 2007, at at Bonnaroo five separate years and Summerfest four separate years. Not only have they performed at notable festivals but they have also started their own festivals.

moe. currently hosts 3 different festivals, aptly named; “moe.down,” “throe.down,” and “Summer Camp.” “moe.down” came alive in 2000 and was an annual event until 2014, and it  will be making its return this year. At moe.down you can find three days full of music, camping, and fun. Moe. hosts the tropical throe.down in jamaica for a fun vacation full of music and sun. Their Summer Camp festival is a three day festival, it started in 2001 with 1,000 attendees and it now hosts over 20,000 festival goers. moe. Is a band that knows how to show their audience a good time! You don’t want to miss them at The Huckleberry Jam this year!

Don’t know who they are? Check out “Nebraska” and “Okayalright.”

You can watch moe. perform at The Huckleberry Jam this July 27-29th! Tickets are on sale HERE.

Fun Fact: In 2006 they raised $35,000 for the Kelberman Center, a community resource for individuals with autism spectrum disorder and their families, by performing at the Landmark Theatre in Syracuse, New York. They later donated $38,000 to the Kelberman Center during The Faces of Autism telethon. This contribution brought the band up to over $200,000 in donations between January 2005 and January 2006. They kicked off their year by holding a benefit concert for World Hunger Year in 2010.