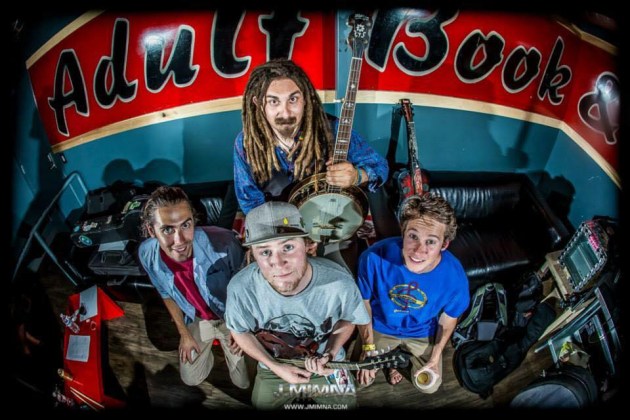 Introducing, The Kitchen Dwellers! They are a bluegrass band that formed while attending Montana State, and they have continued to develop their sound into something their fans call “Galaxy Grass.” Guitarist Max Davies says that they play acoustic music with an electric feel; and who can resist that. They have two studio albums released right now, their first was released in 2013 and their most recent, “Ghost In The Bottle” was released this year as they continue to push the musical boundaries in the bluegrass genre.

They are a well-known and well-loved band to Montana, but they have been spreading their name across the country playing in the Northwest as well as hitting states on the East. It isn’t uncommon for the Kitchen Dwellers to play new songs live before the record it and put it in an album. We’re keeping our fingers crossed that we can hear some unreleased “Galaxy Grass” at the Huckleberry Jam this year!

But for now, take a listen to “Black Cat” and “Mountain.”